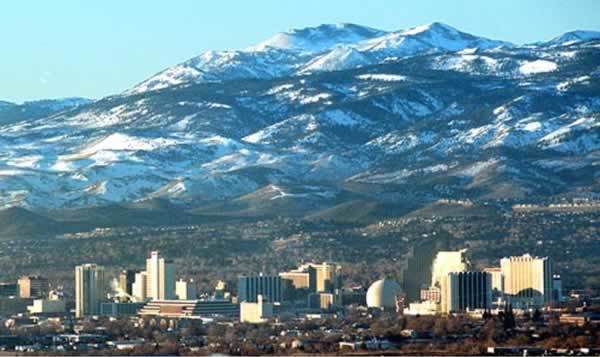 Proud to be Part of the Recovery in Reno

Already a leader in technology and business consulting solutions in the Northwest, Wimmer Solutions has proudly supported clients across the west coast since 2002. We have engaged individual consultants in roles with clients in Reno, NV for over 8 years, and invested in a local office in Q4 of 2013 to capitalize on the excellent technology talent and business climate of “The wholesale nfl jerseys Biggest Little City in the World”. Stay tuned for an official announcement on the services available through Wimmer Solutions’ Reno location, meanwhile, read on for a recent article from the Reno Gazette Journal covering five local businesses that are playing a role in bolstering Northern Nevada’s resurgent economy by expanding their services in the area:

Waking up in Reno: 5 new businesses are part of recovery

This week, we Jakarta take a look at five of new companies that you may not know – wholesale mlb jerseys but you’ll want to. They’re part of a resurgent economy in Northern Nevada. Washoe County’s unemployment rate has fallen from a scary peak of 14.1 percent in 2011 to 8.2 percent. Even if it goes up a touch with new numbers being released shortly, the trend is clear.

Earlier this month, the Economic Development Authority of Western Nevada touted that in just the first six months of its fiscal year, four companies have announced they are relocating their headquarters here. EDAWN also reported a nearly 80 percent increase in New site visits from companies interested in relocating or expanding here, with 3,460 jobs announced last year and 2,900 more in the pipeline of potential announcements.

This week, we take a look at five companies that have started in or come to Northern Roethke Nevada without much fanfare in hopes of understanding what is driving this swell of new businesses. They are a company that helps competitive bicyclists around the world up their game; a China-based firm looking for a base of operations in the United States; a company that works with such firms as Microsoft and Nordstrom to help them focus on what they do best; a company that patents cool products and makes and sells them; and a Bay Area firm that needed a place to manufacture all of the products it helps start-up firms develop.

Seattle-based Wimmer Solutions helps other wholesale nba jerseys businesses solve key problems such as with staffing so they can concentrate on their core missions. Some of the heavy hitters it has worked with include Microsoft, Nordstrom and Expedia.

When it looked for a place to open a second location, Reno got the call. “Reno is a different community,” said Greg Snyder, director of managed solutions for Wimmer. “It’s close-knit and dynamic. There’s Seattle a lot of great potential in Reno.” Staff has been down here permanently since November, but Wimmer is waiting until spring for a more official announcement. “We currently have 20 (employees) in Reno, and we expect to grow to 35-plus over the next year or so,” cheap mlb jerseys he said.

After Snyder worked for Microsoft, he joined another company that gave him the opportunity to work in Dublin or Reno. He thought it was a no-brainer: Dublin. He visited there, then here. “Everybody seemed to be helping everybody,” he said. “It was not a closed-door environment – it was, ‘Here’s what we’re doing, how can we help you?’

“And as I spent more time in Reno, I came to love the culture, the sunshine, Tahoe, the great golf. I started to realize, it’s not just a great business community, but a great place to live.” Snyder thinks more businesses would come to Reno if they became more aware of what it has to offer – especially the talent pool and the ability to partner with the University of Nevada, Reno and Truckee Meadows Community College.

One of the reasons he is excited to work for Wimmer Solutions – and that he thinks will help Northern Nevada – is the company prioritizes giving back to the community 2014 and works with area schools, both K-12 and higher education. Another thing Wimmer does is support worker health by encouraging employees to do 5-kilometer and 10-kilometer runs or join softball leagues – and the company will sponsor them. “That’s just part of our uniqueness,” Snyder said.

You can read the full article here on the RGJ website, and to keep in touch with all the great things happening in Reno, ‘Like’ the Reno Gazette Journal on Facebook.