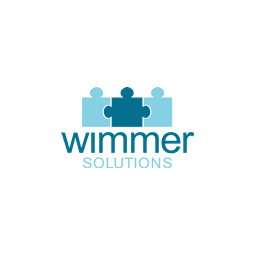 Anyone who has met Wimmer CEO & Founder Matt Sauri knows that his energy is infectious and his positive attitude is an inspiration to all.

“It is an honor to be involved with the RMHC and help to aid as many families and children as possible,” Matt says. “It is the most important charitable work I’ve ever done. The amount of children and families in need that are turned away from a RMH is astonishing. They are often over capacity, so anything we can do really helps keep families together in times of illness and crisis.

”Matt sees RMHC as a path to hope for families from all over the country who are facing one of the most difficult challenges of their lives. His involvement with RMHC began when he volunteered to serve a meal at the Seattle Ronald McDonald House, which supports families seeking treatment at Seattle Children’s Hospital, in the place of a Wimmer colleague who was unable to attend. While in charge of serving ice cream and cobbler (dessert - the best part of the line!), Matt loved working with his teammates as they served and cleaned up for the families.

However, it was an especially moving occurrence that night that solidified his commitment to RMHC. Matt remembers two men who had just come from the hospital where they visited one of their sick children. The room was filled with hopeful laughter and chatter, but not for these men. When they reached the dessert station, they were silent and kept their heads down as Matt scooped vanilla ice cream onto their slices of cobbler. He could see in their eyes that they were asking, “What have we done to deserve this?

”After dinner was devoured and the plates cleaned, one of the men found Matt. This man gazed at him with hopeful desperation and simply said, “Gracias, gracias.” Matt recalls that it was he who was thankful to the man for giving him the opportunity to feel like he was inspiring hope for these families.

Matt found that this experience that night changed him forever. Seeing these families struggle while their children are ill, while maintaining their appreciation and high spirits, made him even more grateful for his own children and their health.

“When I got home that night, I had never hugged my children so tightly. I am so thankful they are healthy,” Matt said. “The experience was so rewarding and astoundingly humbling. If perspective is what you seek, volunteering with the RMHC is the quickest way to get it.

”Matt also credits his team at Wimmer Solutions for all of their help and support. In addition to Matt, several other Wimmer employees have been dedicated volunteers and supporters of RMHC, including Nicole Browning, Mike Hill, Mike Lazer, Corey Artherholt, Jeff Bamman, and many of Wimmer’s community partners.

“It takes a village to provide help to those in need and it is eye-opening when we can successfully encourage people to help others,” he says. “These ‘random acts of donation’ truly bring out the best in people.”

Wimmer Solutions has also found a way to tie its love of sports to its support for RMHC. The company annually assembles a team of elite lacrosse players to participate in the Hawaii Lacrosse Invitational tournament. Linking its two championship title wins to community volunteerism and donations, Wimmer raised $10,000 to fund dinners at Ronald McDonald Houses across the country. The team helped to prepare and serve seven RMHC dinners in locations that include Portland, ME; Columbus, OH; Long Island, NY; Denver, CO; Reno, NV; Miami, FL; and here in Seattle.

One lacrosse player, Malcolm Chase, even returned to the RMHC in Portland to paint the entire building when he learned that was a need. That’s just another example of the way Wimmer Solutions tries to ‘wake people up’ to the power of giving their time, talents, and other resources to strengthen the communities we serve and make them a better place to live for all.

Ongoing partnerships and initiatives like this are a core component of our community involvement strategy at Wimmer Solutions. It’s important for us to give our time to organizations whose work we can invest in deeply, in many ways, year over year. This helps us to move the needle more significantly on important issues.

As the holiday season continues, we challenge you to think about the impact you can make by volunteering for people in need. Too often, people are hesitant to volunteer their time or are not sure where they can help, but once they get involved, it can be contagious. Knowing that you are helping people who once felt hopeless and may not have much joy in their lives is a way to make us all feel more grateful about our ability to make a difference.

What are you doing to encourage happier holidays for someone in need? Comment below and let us know.