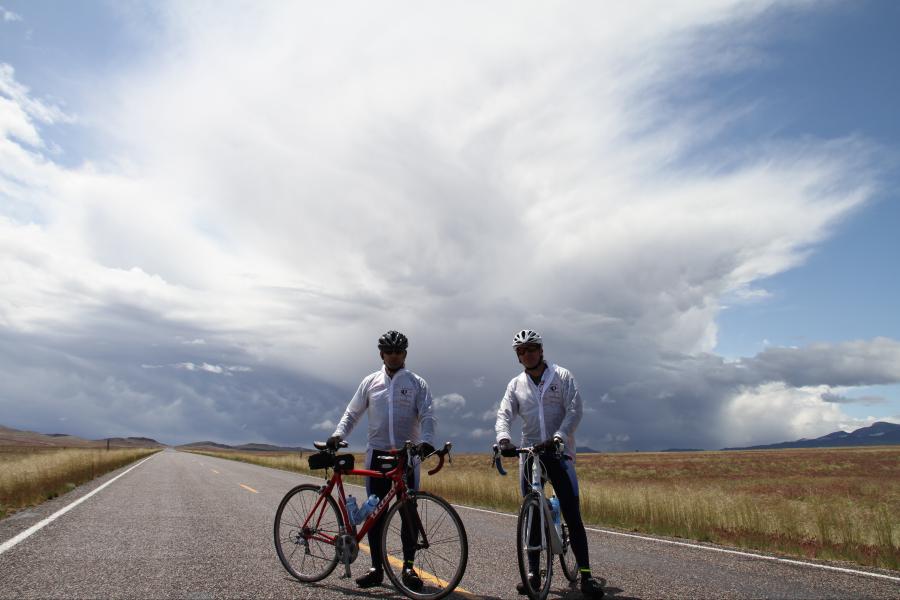 On the 10th anniversary of the September 11th attacks, two bicyclists completed a cross-country journey at Ground Zero in New York City. Matt Sauri, CEO and Founder of Wimmer Solutions, was inspired by his friend Kevin Mincio, who had the idea to cycle 4,200 miles across the country in honor of fallen comrade SSG Jesse Williams.

For their 2011 bike ride, the two rode together from Jesse’s resting place in Santa Rosa, CA to the corner of Liberty and Church St in NYC. It was a grueling ride, with days often consisting of over 100 miles in triple digit weather. When some days had the two cyclists climbing over 12,000 feet in elevation, Matt mentioned the main motivator for keeping him going was a photo of Jesse and his daughter he’d taped to his bike where he could always see it. The thought of Jesse’s daughter growing up without a father was an inspiration to keep them going.

Jesse’s legacy still lives on today. Matt and Kevin ride their bicycles through the Sierra Nevada Mountains in 2015 in honor of Jesse and other fallen soldiers. This year, Matt and Kevin are collaborating with a small group of bicyclists to have the “Ride to Remember” legacy continue.

‍Ride to Remember 2018 will start in Philadelphia, and end in Washington DC at The Pentagon. The cyclists will begin on September 9th, 2018 and reach their final destination on September 11th, in remembrance of the 9/11 attacks. Matt Sauri and his company Wimmer Solutions have continued to support organizations like Team Jesse, and look forward to raising awareness while fundraising. Matt, Kevin, and the other cyclists are also partnering with fundraising for The Moyer Foundation in addition to The Team Jesse Foundation this year.

You can also make a difference to ensure the legacy of fallen soldiers like Jesse Williams carries on through their families left behind. Please consider donating in support of Matt Sauri and his fellow cyclists as they participate in the Ride to Remember 2018. Each cyclist has made a goal of raising $2,000 each among their communities to directly support The Team Jesse Foundation and The Moyer Foundation.

With CEO Matt Sauri at the helm, Wimmer Solutions has continued to play a key role in supporting non-profits and other charitable organizations within the Pacific Northwest and beyond. We encourage you to also support Matt and his fellow cyclists as they raise money and awareness for The Team Jesse Foundation and The Moyer Foundation for their 2018 ride.